PAGES - POP UP AND BE SURPRISED!

ELLA FITZGERALD - WHAT ARE YOU DOING NEW YEAR'S EVE? (This one goes out to all of you who will be in a shelter on New Years Eve!)

Posted by ExposeHomelessness.blogspot.com at 6:30 AM No comments:

WE DO NOT CHARGE MONEY AND WE DO NOT MAKE MONEY.
We do not pay for any Blog related services.

GOOGLE BLOGGER IS FREE FROM GOOGLE as are all Google products we use.

WE WANT TO THANK GOOGLE FOR THIS OPPORTUNITY.

If you are or were homeless and would like to volunteer to help us make phone calls about food banks and shelters,  be a guest writer, help us with updating or checking links, or otherwise contribute to this blog, please leave your email address on a comment with the words DO NOT POST.  We will contact you privately!
Posted by ExposeHomelessness.blogspot.com at 9:30 PM No comments: 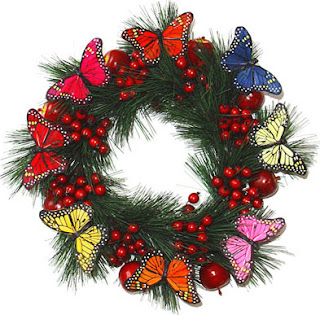 Posted by ExposeHomelessness.blogspot.com at 7:32 AM No comments:

Posted by ExposeHomelessness.blogspot.com at 6:50 AM No comments: 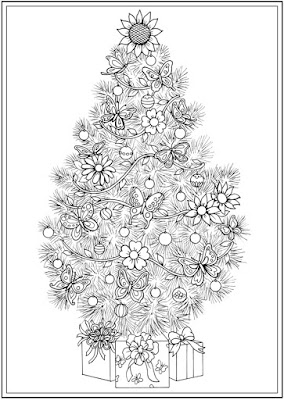 Posted by ExposeHomelessness.blogspot.com at 9:32 AM No comments:

Citizen delivers tents that have been returned to stores to the homeless...

About 1500 feet from the KENNEDY CENTER there is a tent city.
There's about a half-dozen Coleman tents on the grassy medians near Foggy Bottom along the Potomac River. They’ve been spotted all over town. A few near E Street. One near Children’s Hospital.
Posted by ExposeHomelessness.blogspot.com at 1:18 PM No comments:

We look at others as aliens...
Posted by ExposeHomelessness.blogspot.com at 11:53 AM No comments:

CHRISTMAS PRESENTS FOR THE STREET HOMELESS? - THINGS WE REALLY NEED - and SOME ADVICE FOR THOSE WHO WANT TO GIVE

WHAT's IN THE BOXES?  and LOTTO TICKETS!

We think you should give to a shelter or organization for them to distribute and call them ahead, don't just show up at the gates of the shelter with a hundred peanut butter sandwiches.

Consider that a homeless person cannot carry too heavy a load.

We're sometimes asked where people who want to give can go to give the sandwiches or scarves they've made, and the thing is,  YOU CAN GO ANYWHERE THAT YOU SEE A HOMELESS PERSON, go up to them, and hand them whatever it is, but it's possible you could run into some trouble for doing it, because we've seen it.  Someone who delivers food to the homeless at a bus stop every morning harassed.  Even churches who set up to give away bagged lunches have been harassed.  See if you go up to a single person and hand them a bag of clothes or half your lunch that's a personal interaction.  If you intend to reach many people in one place at one time, that's a giveaway.

We've heard many stories of police preventing or harassing people who want to give because they see homeless "gatherings" as threatening.   Police often run checks against license plates or ask people for their ID's and run checks on them, sometimes finding an outstanding warrant.  So our advice is, CALL A LOCAL SHELTER or other organization that deals with the homeless and ASK THEM if you can help out at a meal, bring sandwiches, or if they will distribute for you.

The local people should be able to give you some advice on where and when it's best to give.

We've seen it that sometimes there are some homeless people hanging out in the park and a pizza delivery truck shows up and tells them that someone ordered them pizza.  But we know that this is left over pizza that the driver is handling out rather than take it back to the bakery and dump it.

Though most homeless people are not violent or mentally ill, some are.  There is always a possibility that you might encounter such people and not know how to handle it.  But when a group goes out to give you're safer.  Another issue is that in some places far more food from movie sets, restaurants, and so on would be given away but health laws prevent it.

Joanne has reminded us that little portable umbrellas may be helpful and appreciated.


Posted by ExposeHomelessness.blogspot.com at 11:03 AM No comments:

EXCERPT:   WHERE WILL YOU GO WHEN YOU CAN'T AFFORD YOUR NEIGHBORHOOD?

Finally, having had enough, here comes the LA Tenants Union to represent renters and those pushed out of housing altogether, into the streets (those numbers are rising in LA too). It's open to all (they meet twice a month) and are member-led—attendees vote on which issues are priorities and how they'll deal with them. They formed this summer and in the week leading up to Halloween are holding their first major series of actions: Day of the Dead. Days of Rage.

NATIONAL HOMELESS ORG - and the MEMORIAL DAY FOR HOMELESS   link to resources, registries for events, and where you can attend.

Perhaps one of the most DISGUSTING experiences one of us had was living in a shelter that they did this little MEMORIAL DAY SERVICE for the people who had died at the shelter that year, but they had just CLEARED THE PLACE OUT by throwing others out, like they were sending those other people, who were back to living behind stores,  to their death.

Posted by ExposeHomelessness.blogspot.com at 11:32 AM No comments:

JACOB WHITESIDES and ORION CARLOTO - BABY IT'S COLD OUTSIDE

Posted by ExposeHomelessness.blogspot.com at 4:35 PM No comments:

The 56-bed Adult Center provides homeless men and women with a safe, substance-free shelter, meals and supportive services. The Adult Center is also home to our Community Meals and Shower programs.

Persons interested in accessing the Adult Center can either be referred through CES, or meet with the shelter intake coordinator Monday-Friday between the hours of 2:30 pm – 5:00 pm on a first come first serve basis. A clear TB test and verification of homelessness are required prior to being interviewed for shelter. If you need help obtaining a verification letter or a TB test, we can help.

PROGRAM FACTS
***
PLEASE NOTE that as of SPRING 2016 we have heard that this nonprofit may be completely or partially shut down but is still asking for and getting funds. PLEASE PHONE THEM and ASK THEM SPECIFICALLY WHAT SERVICES THEY ARE USING FUNDS FOR, IF THEY ARE STILL HELPING HOMELESS PEOPLE IN PASADENA, etc.  We look forward to more information from YOU!

Posted by ExposeHomelessness.blogspot.com at 7:16 PM No comments:

Officer Deon Joseph is respected by the residents of SKID ROW- LOS ANGELES.  He passes out flyers with helpful information.  He cares.  An exceptional officer.
Posted by ExposeHomelessness.blogspot.com at 4:39 PM No comments:

He lived in a string of rustic dwellings—a cabin, an old flophouse, even a tepee—before building the tree-covered Hobbit hole out of mostly found materials in Joseph, Oregon.
Now, twenty years after seeing the light in simple living, Price is still in his 8-foot dwelling in the ground.
In the carpeted, wood-lined circular room, Price has everything he needs. There appears to be electricity in his hobbit hole and a hot plate for cooking. Though it barely seems to fit, a cushion rolls out for sleeping.
While he prefers his surroundings relatively bare, Price’s life isn’t without its modern comforts: he has both an iPad and a MacBook Air. He also pays $53 per month for his cell phone.


Posted by ExposeHomelessness.blogspot.com at 8:01 PM No comments:

EXCERPT: The first-ever “Tiny House Expo” will be held Saturday from noon to 6 p.m. at the Unitarian Universalist Fellowship, 24 Fellowship Way. Affordable Homeless Housing Alternatives is sponsoring this expo of small, affordable living units for the homeless in a village setting. It will feature Humboldt-made dwellings that can provide legal, safe, warm and dry places to sleep for those who need them.

Guests at the free expo can tour examples of tiny houses in a village set-up, temporary shelter/tent camps, car camping and more. Activities typical of community life in villages and camps will be part of the event, including a bike kitchen, solar-powered equipment, cottage industry demonstrations, animal kennels and writing groups.

Posted by ExposeHomelessness.blogspot.com at 7:05 PM No comments:

THE BLACK HALOS - HOMELESS FOR CHRISTMAS

Posted by ExposeHomelessness.blogspot.com at 7:09 PM No comments:

PENNY LANE ORG - go to this link for more information on the many services offered including transitional and permanent housing.

The Transitional Housing Program offers housing for youth ages 18 to 24, who are either working or in school. Many Transitional Aged Youth are emancipated foster youth. At the age of 18, these youth “age out” of the foster care system and are at high-risk of homelessness without the support of friends or family. This program provides independent living skills, job/career development, emotional, and academic support so that each youth may achieve independence. The Penny Lane Transitional Housing Program has also had success in placing its clients into Permanent Housing thus providing safe affordable housing to low income adults and families.
Penny Lane Centers is a member of:
California Alliance of Child and Family Services
Human Rights Campaign- All Children, All Families Seal
Association of Community Human Service Agencies
Penny Lane Centers is a 501 (c) (3) nonprofit organization that cares for over 3500 abused and neglected children, youth and families a month. We provide therapeutic residential services, foster family home placements, adoption services, transitional and affordable housing, family preservation, wraparound and mental health services for children youth and families throughout Los Angeles County.
Posted by ExposeHomelessness.blogspot.com at 6:37 PM No comments:

...the California Senate unanimously passed an equal pay bill with the strongest measures aimed at closing the gender wage gap in the country. Gov. Jerry Brown (D) has said that he’ll sign it into law.
The bill has a number of provisions, but the piece that stands out the most is one that requires employers to pay men and women the same for “substantially similar work,” not just the exact same job, unless differences are based on productivity, merit, and/or seniority.

California’s new bill also bans employers from retaliating against employees who discuss pay. Even though all American workers have a legal right to discuss compensation with each other, about half say that doing so is either discouraged, prohibited, or could lead to disciplinary actions. That poses a significant hurdle for women trying to address unequal pay, given that it makes it very difficult to find out what everyone else at their job makes. Lilly Ledbetter, for whom the Lilly Ledbetter Equal Pay Act was named, didn’t know she was being paid less until 19 years later. On the other hand, in places like the federal government and unionized workforces, where pay is usually transparent, the gender wage gap is much smaller.
Posted by ExposeHomelessness.blogspot.com at 6:17 PM No comments:

Go To The Most Recent Posts By Clicking On This Link!

DO YOU WRITE ABOUT HOMELESSNESS or POVERTY IN THE USA?

HOMELESS / POVERTY ACTIVIST BLOGGERS From All Over The United States

THE NUMBER ONE HOMELESS PREVENTION METHOD?

IF YOU AREN'T SAFE STAYING THERE

IT SHOULDN'T BE CALLED A "SHELTER"!

ExposeHomelessness.blogspot.com
See our list of other homeless bloggers and poverty activists below! And don't forget THAT YOU CAN VOTE EVEN WHILE HOMELESS OR IN TRANSITION!

THE UP AND UP

Our blog focuses on Southern California, the counties of Los Angeles, Orange, San Bernadino, Santa Barbara, San Diego, Ventura, Riverside, and Imperial, though we keep an eye on the entire state and whatever is happening around the United States.

To bring up information you need try word searches such as "AIDS" or "Santa Monica" or "Homeless Children" to bring up posts with those tags.

There are dozens of links for Southern California within the blog! The sidebar will retain links that are NATIONAL.

ONCE HOMELESS - NOW GIVING TO HOMELESS

CELEBRITY ACTIVISTS FOR THE HOMELESS