PAGES - POP UP AND BE SURPRISED!

SIMON and GARFUNKLE - I AM A ROCK

Posted by ExposeHomelessness.blogspot.com at 5:32 PM No comments:

The volunteers will gather at 150 deployment centers across the county over three nights beginning Tuesday night in the San Gabriel Valley and East Los Angeles.

"Amid growing public concern over the spread of homeless encampments to neighborhoods far from skid row, last year's count set off alarms by recording a dramatic increase in homelessness. The count set the number at 44,000 homeless people, a 12% increase over the previous count.
More than 33,000 of those were classified as unsheltered, living on the streets in encampments, doorways and vehicles."

"Under pressure to respond to what has been perceived as a growing crisis, the Los Angeles County Board of Supervisors this month published a blueprint for spending $150 million on short-term responses to homelessness. On the same day, L.A. city officials released a study concluding that ending homelessness would require the expenditure of $1.85 billion over a decade, mostly for permanent housing.

The 2015 count also shined a harsh light on a subset of the homeless population: veterans.
Its estimate of about 4,400 in the county forced Los Angeles Mayor Eric Garcetti to back off a pledge he had made in July 2014 to end veteran homelessness by the end of 2015."
Posted by ExposeHomelessness.blogspot.com at 5:15 AM No comments:

Do you want the cosmetic version or the real deal? Los Angeles Poverty Department, 1985-2016

Founded in 1985 on Los Angeles’s Skid Row, Los Angeles Poverty Department is made up principally of homeless or formerly homeless people and has been an uncompromising force in performance and urban advocacy for over 30 years.
Location
145 North Raymond Avenue
Pasadena, California 91103

FREE for Seniors, Students and Armory Members  ALL THE TIME...
$5 Suggested Donation

BUT ON JANUARY 30th the museum is free to everyone because it's participating in FREE MUSEUM DAY.... as are MANY OTHER MUSEUMS IN THE CITY!  So those of you with no to low income...  get ready to GO!

Posted by ExposeHomelessness.blogspot.com at 11:10 AM No comments:

VILLAGE HARVEST - GUIDE TO HARVESTERS and GLEANERS - END TO WASTING FOOD  an EXPANDING LIST includes links for all over California, as well as Oregon, Arizona, and back east.
Posted by ExposeHomelessness.blogspot.com at 7:32 PM No comments:

MOST CLOTHING IS GENTLY USED but IF AVAILABLE, DIAPERS and WIPES ARE NEW.
FIRST COME FIRST SERVE

For CHILDREN  MANY PROGRAMS INCLUDING TUTORING and ARTS PROGRAMS
Posted by ExposeHomelessness.blogspot.com at 8:30 AM No comments:

WE WANT TO ENCOURAGE THE HOMELESS TO SURVIVE WITH DIGNITY INTACT.

WE WANT THE HOMELESS TO KNOW THEY ARE NOT TOTALLY ALONE.

WE WANT THE HOMELESS TO REALIZE THAT THERE ARE MANY PROVIDERS OF SERVICES OUT THERE.  (It's difficult to navigate but not impossible.)

WE WANT THE HOMELESS TO KNOW THAT WE UNDERSTAND THE DIFFICULTIES OF POVERTY AND ISOLATION.

WE WANT THE "OTHERING" OF HOMELESS by SOCIETY TO END.

WE WANT TO GIVE READERS A GREATER UNDERSTANDING OF THE PROBLEMS OF HOMELESSNESS FROM THE HOMELESS PROSPECTIVE.

Posted by ExposeHomelessness.blogspot.com at 7:30 PM No comments:

They can have their own pets, furniture, a bed, a sense of community, things they can't have in a shelter.
Posted by ExposeHomelessness.blogspot.com at 7:31 AM No comments: 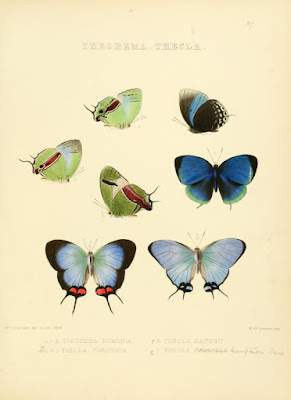 Posted by ExposeHomelessness.blogspot.com at 5:32 AM No comments:

Posted by ExposeHomelessness.blogspot.com at 8:06 PM No comments:

EXCERPT: This is Skid Row, where 2,000 homeless take up a 54-block radius, forming what is the largest homeless encampment in the United States.

It's a warm summer evening in July, and Lt. Andre Dawson of the Los Angeles Police Department is steering his blacked-out SUV across South Los Angeles Street. Skid Row is an emblem of L.A.’s notorious designation as the nation's unsheltered homeless capital: the city has 82,000 homeless on any given night, and most people don't realize that up to one in eight of the homeless are unaccompanied minors, according to the Institute for the Study of Homelessness and Poverty at the Weingart Center.

While headlines tout stories of women and children trafficked from overseas, Dawson says you need look no further than the streets of Los Angeles to find America’s sexually exploited kids. Over 90 percent of children under 18 rescued by his team are “domestic cases,” he says, meaning they are kids born and raised in America. And they have not been kidnapped and stuffed into the back of a van, which is Hollywood's version of sex trafficking.
Posted by ExposeHomelessness.blogspot.com at 6:32 PM No comments:

If you take government benefits you may have this President to Thank.  According to Peter Edelman, an author also associated with the Clinton administration, Johnson's own childhood and his experience as a teacher of poor Mexican children gave him empathy.  Watch this full video that includes commentary and clips from his WAR ON POVERTY speech.

KIRKUS REVIEW - PETER EDELMAN's Book SO RICH SO POOR
Posted by ExposeHomelessness.blogspot.com at 6:29 PM No comments:

EXCERPT:  The notice of claim, the first step in filing a lawsuit against the city, was prepared by the New York Civil Liberties Union after they obtained security footage of the night through a Freedom of Information Law request. Attorney Alexis Karteron said their belongings weren't worth much, "but the emotional cost is priceless."

We know of people here in LA who are not only missing their vital documents but have had their clothing, tents, and bicycles pitched.    It takes weeks to get replacements and if you have nowhere to get mail it's impossible.  And you NEED these to get SOCIAL SERVICES.

We've met some men who were depressed after their wives died, who ended up living in their car, and when the car was towed away, they lost their precious photos of their wives.

THIS IS NO SMALL ISSUE, so we say to the New York Homeless GOOD LUCK and may your lawsuit set a precedent all over the UNITED STATES!
Posted by ExposeHomelessness.blogspot.com at 11:20 AM No comments:

We note that some of the commentary is by people who do not understand that in the United States there are wait lists that can go years - Section 8 can be a decade - and that there is nowhere near enough housing for working people with low incomes, let alone those on SSI, SSDI, or other forms of disability.  There are not even enough shelters....
Posted by ExposeHomelessness.blogspot.com at 1:10 PM No comments:

ARE YOU MOVING FROM SOUTHERN CALIFORNIA TO SACRAMENTO WHERE COSTS ARE LOWER? QUESTIONS FOR HOMELESS

SACRAMENTO SEEMS TO BE A DESTINATION FOR HOMELESS WHO FIND LOS ANGELES and SAN DIEGO TOO EXPENSIVE.  One blogger even provided a complicated bus route that would get a person there for half the price of a Greyhound bus ticket.

BUT HERE IS SOME INFORMATION ON WHAT A PERSON FINDS ONCE THEY GET TO THE CAPITAL OF CALIFORNIA!

NEXT MOVE HOMELESS SHELTER - FOR FAMILIES

Next Move operates The Family Shelter, 30-day shelter that serves families with children and single women. It’s one of only two shelters in Sacramento County that accepts two-parent families, single fathers, and sons over the age of 14. And it’s the only shelter with private rooms for families.


OUR COMMENT:  a 30 day stay is better than nothing, but unless the shelter has connections to get people employment and day care and housing in that 30 days, it may just be one more bump in the road.
Posted by ExposeHomelessness.blogspot.com at 10:24 AM No comments:

OUR WISH LIST FOR THE NEW YEAR - CAN WE EVEN HOPE FOR THESE CHANGES?

1) That HOUSING FIRST would end the need for any (temporary) shelter stay over 6 months.  (HEAR THAT POLITICIANS?)

2) That all authorities and social services, including the United Way Run hot lines that do intake when people need emergency housing, WOULD STOP DEFINING "CHRONIC HOMELESSNESS' as a mere six months.  Six months is nothing.  A wait to get into a shelter can be years and many shelter programs also take YEARS to provide vouchers or other housing options.  (Some of us do not think of ourselves as homeless once in a shelter to housing transitional program.)

3) That COLD WEATHER SHELTERS in cities with huge homeless populations such as LOS ANGELES would be open ALL YEAR LONG, since there are WAIT LISTS for housing programs, and people who stay at them all winter fear the closing date (usually mid March) when they will have to sleep rough.  Instead of being called COLD WEATHER SHELTERS they should be called SAFETY SHELTERS. (And your safety there should be a priority)

4) That no shelter or program would get any money or credit for their INTAKE NUMBERS.  Intake stats often have nothing to do with the numbers of people they help.

5) That shelters that make "clients" or "residents" SIGN a CONTRACT WITH THEM would also SIGN A LEGAL CONTRACT THAT THEY WILL GET HOUSING for that"client" or "resident." and in a specific number of months.  (It's usually totally one sided.)

6) That no LUXURY APARTMENT BUILDINGS be built within Los Angeles County, until there is a low income apartment for every low income resident!  In this city thousands live in abusive relationships, have sex with people they don't really like, sofa hop between a half dozen friends, are crammed into illegal housing and car garages and even STORAGE UNITS, all so they can avoid actually being on the street, and many are working but do not make enough to live in even a small single apartment.  (We know someone who continued to work as a secretary while living under a freeway underpass in a tent city.)

7) That any employee of a shelter or nonprofit that gets caught having sex with a "client" or "resident", is sexually harassing, commits fraud or encourages that homeless person to commit fraud in order to get government benefits, especially under threat of being kicked out,  or who embezzles funds not just be fired, BUT BE CHARGED WITH THE CRIME, GO THROUGH A TRIAL, and GO TO PRISON WHEN CONVICTED.  (TAKE THE HINT LA FAMILY HOUSING)

8) That all CASE MANAGERS dealing with the homeless have to actually try sleeping rough in a park and in uncomfortable vehicles for a week or two as part of their TRAINING.  They'll know it's only temporary which isn't the same as a homeless experience, but it might make them think twice about throwing people out or teach them some empathy.

9) That SHELTERS FOR SINGLE PEOPLE without dependents and shelters for people who've always been law abiding and clean living be established.  If you're a single mother with children you're always a priority when it comes to funds.  If you're a drug addict there are funds.  Single people and people who've been law abiding and clean living are the LEAST SERVED and our society has changed.  Millions are now never married.

10) That those who GIVE to charity thoroughly investigate any non-profit they wish to give to.
Posted by ExposeHomelessness.blogspot.com at 6:31 PM No comments: 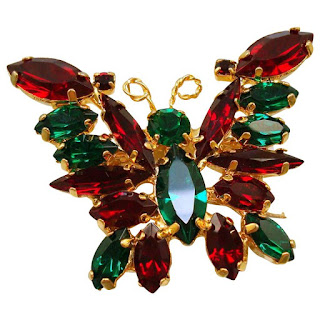 Posted by ExposeHomelessness.blogspot.com at 7:58 AM No comments:

Go To The Most Recent Posts By Clicking On This Link!

DO YOU WRITE ABOUT HOMELESSNESS or POVERTY IN THE USA?

HOMELESS / POVERTY ACTIVIST BLOGGERS From All Over The United States

THE NUMBER ONE HOMELESS PREVENTION METHOD?

IF YOU AREN'T SAFE STAYING THERE

IT SHOULDN'T BE CALLED A "SHELTER"!

ExposeHomelessness.blogspot.com
See our list of other homeless bloggers and poverty activists below! And don't forget THAT YOU CAN VOTE EVEN WHILE HOMELESS OR IN TRANSITION!

THE UP AND UP

Our blog focuses on Southern California, the counties of Los Angeles, Orange, San Bernadino, Santa Barbara, San Diego, Ventura, Riverside, and Imperial, though we keep an eye on the entire state and whatever is happening around the United States.

To bring up information you need try word searches such as "AIDS" or "Santa Monica" or "Homeless Children" to bring up posts with those tags.

There are dozens of links for Southern California within the blog! The sidebar will retain links that are NATIONAL.

ONCE HOMELESS - NOW GIVING TO HOMELESS

CELEBRITY ACTIVISTS FOR THE HOMELESS